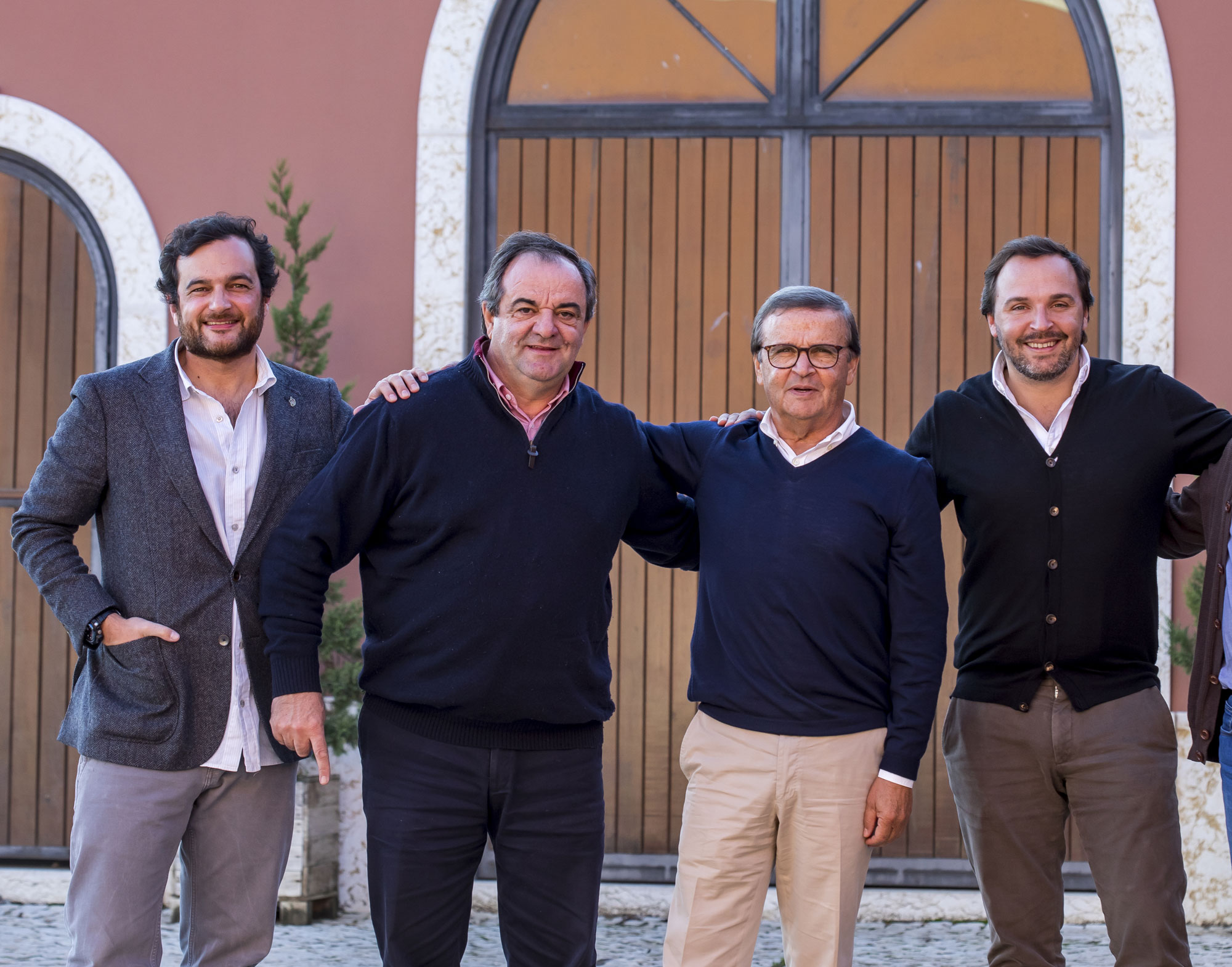 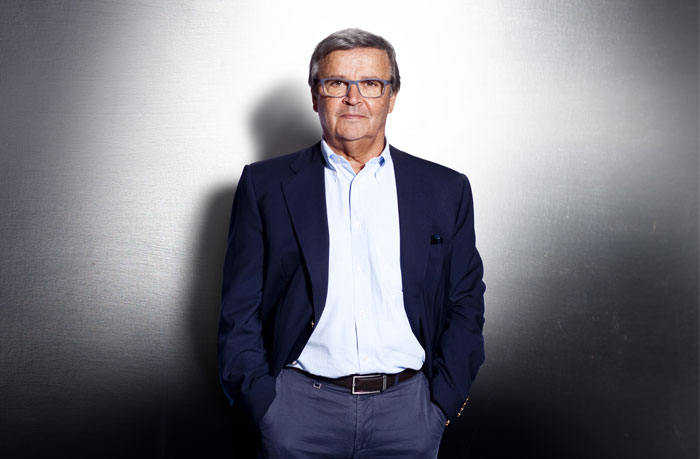 Born in São Pedro da Cadeira, a parish in the county of Torres Vedras, into a family dedicated to the country life. His father was a wine producer in a traditional tavern cellar, which he managed along with a grocery store. And it was precisely with his father, as a child and a teenager, that he learned the concept of resilience, the fundamentals of business and the passion for two specific products: cod and wine. Coincidently, he later founded Riberalves, today the Portuguese company leader in the cod sector; and just a step away from the land where he was born, he would come to build AdegaMãe, thus honouring his family heritage. 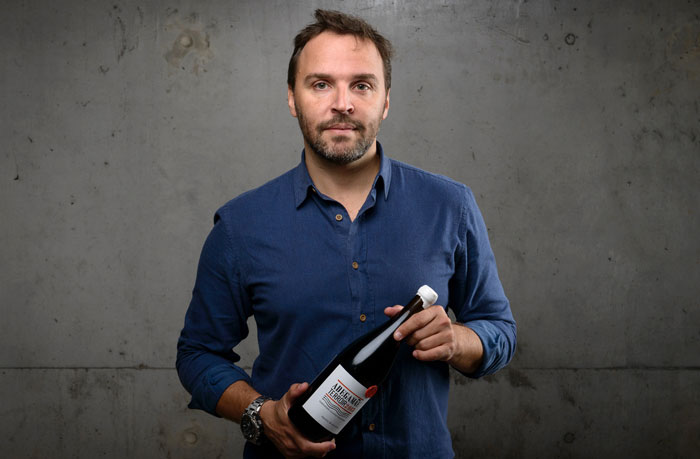 He is passionate about wine, architecture and brand development. He was able to merge both these passions by taking on the project to create a wine cellar that could honour the vinicultural tradition of the West Region of Portugal, so present in the family. Bernardo Alves travelled through some of the most important wine regions in the world, in search of inspiration for what is today AdegaMãe, a space that best combines wine production and wine tourism. At the same time, he gave birth to the flagship brands associated with the company. CEO of the Riberalves Group, and also experienced in the development of companies in the real estate and coffee sectors, he is a devotee of fresh, elegant and mineral wines grown alongside the Atlantic coast. 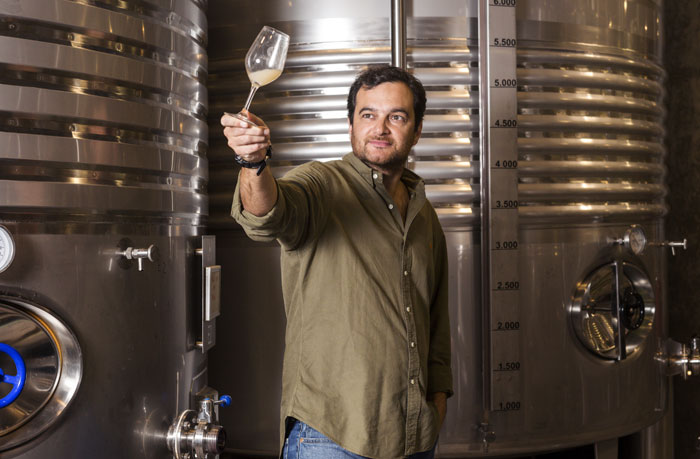 Born in Lisbon in 1978. As an experimentalist, he shares with his great role model, Anselmo Mendes, the conviction that wines must be the genuine expression of the region where they grow. In 2010, at AdegaMãe, he began experimenting with the best national and international grape varieties, in search of those that would better adapt to the cool Atlantic climate of the Lisbon Region. His passion for the world of wine arose from his Centre Region family origins which led him to graduate in Agricultural Engineering at the Graduate Institute of Agronomy of the Universidade Técnica, Lisbon, in 2004. During his training, he did several wine harvest internships in the main Portuguese regions (Vinhos Verdes, Douro and Alentejo), and in 2003 he took an internship in Napa Valley, California. He began his professional career in the Alentejo region, in 2005. In 2009, he concluded a post-graduate degree in Oenology, at the Faculty of Biotechnology of the Portuguese Catholic University. Working as a consultant in the wine regions of Lisbon, Alentejo, Douro and the Azores, he established himself as one of the lead Portuguese oenologists of his generation. 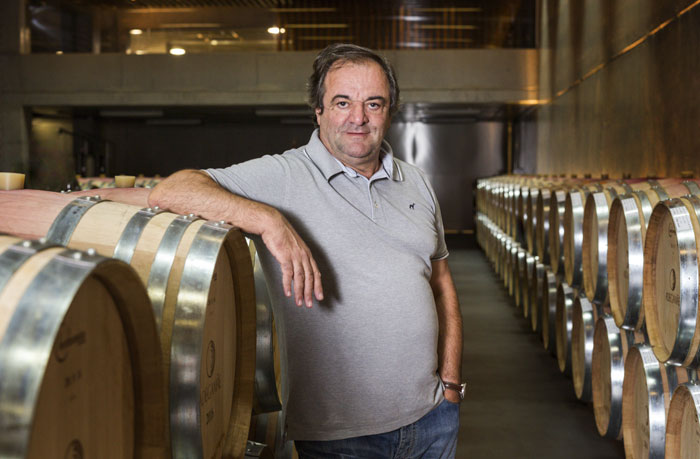 One of the most renowned Portuguese oenologists. He was born in Monção, in 1962, into a family dedicated to agriculture and the vineyard. He graduated in Agro-Industrial Engineering at the Graduate Institute of Agronomy of Universidade Técnica, Lisbon. He began his career as an oenologist in 1988, in the Green Wine Region, paying particular attention to the potential of the most noble Portuguese white grape variety: Alvarinho. With a post-graduate degree in Oenology from the Faculty of Biotechnology of the Portuguese Catholic University, Porto, Anselmo Mendes was awarded the recognition of Oenologist of the Year in 1998, in Portugal, only ten years after starting his career. The Revista de Vinhos magazine also recognised him as Producer of the Year (2011) and in 2012 the newspaper Expresso placed his name on the list of the 100 most influential personalities in the country. He is passionate about the study of the peculiarities that each grape variety reveals in different soils and climates.