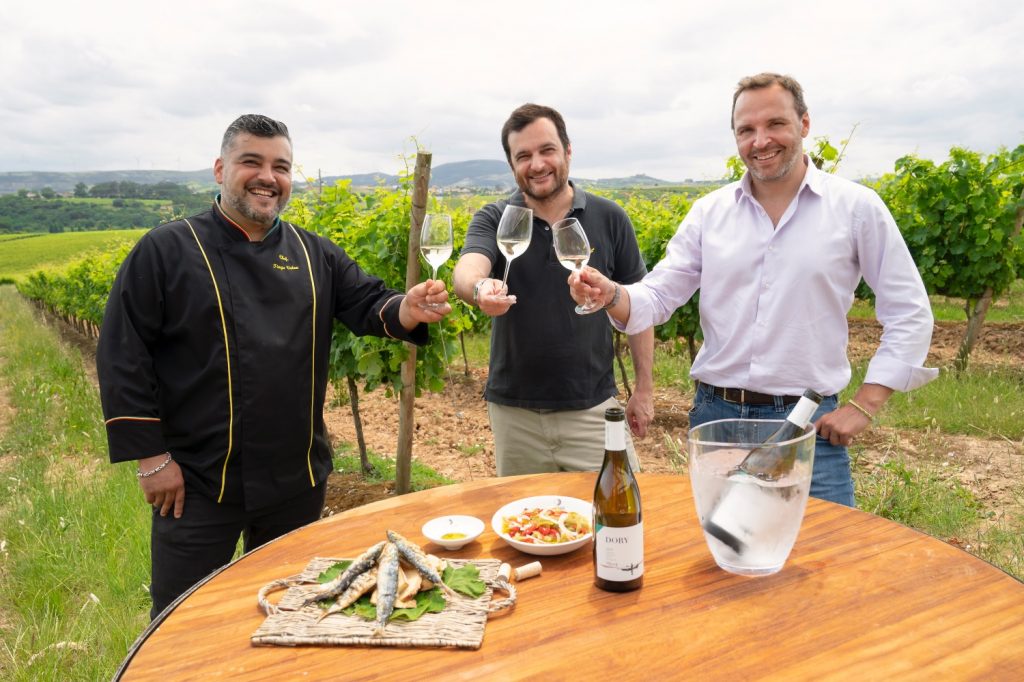 Tiago Velez. Genuine love cuisine, in the heart of AdegaMãe

The confidence is immediate: “It was impossible to deny the challenge from the founding familly of Riberalves Group, to assume the launching of a new restaurant at AdegaMãe.

Tiago Velez is the chef f the new restaurant which AdegaMão is preparing to open yet this year 2020. The challenge will be to evoque the greatest symbol of national gastronomy, the codfish. But it goes far beyond that. In between fish, meat and seasonal products, Tiago Velez proposes to a love cuisine, simple and genuine, frequently of torch and fire, always in harmonization with the iconic local wines, atlantic influenced.

Tiago Velez was born in Lisbon, but moving to Entroncamento has showing him the future. He grew with his parents teachings, whom are also devoted to the Ribatejo and Alentejo cuisine, always conforted by the cabage and bean soup his grandmother, who was a cheesemaker, used to put on the fire.

When he did could not know yet how to read, he used to ask to his eldest brother to explain him the cakes recipes with which he would surprise his mother, arriving from work. So, naturally Tiago Velez graduated in Cuisine in 2006, at Escola de Hotelaria e Turismo do Estoril, adding the baselines which would help him to continue to develop his passion: cuisine as a love way, in travels who honours memory, identity, products and tradional flavours.

In 2008, in a both valuable and unexpected experience, Tiago Velez assumed as Chef at Choupana Gordinni (São João do Estoril). He has also made part of large logistics operations, at catering area (Portuguese Presidency of the Council of the European Union Mission).

In  2014 has joined Ljubomir Stanisic, at Bistro 100 Maneiras, to prepare the opening of Omali São Tomé project. The happy african tour, of experiences, aromas and spicies, also aroud Cabo Verde and Mozambique, among others, has given him inspiration and new possibilities to his interpretations.

He would come back to Portugal in 2017, as Head Chef of Grupo Sem Espinhas, to and almost exclusive incursion on fish dishes, crucial and essential in his menus, which he has projected again, in 2019, at the Lisbon restaurant Jaquinzinho

Now, in 2020, he “couldn’t say no” to AdegaMãe challenge, where he prepars the opening of the new restaurant, puting his inspiration at wine tourism service. Waiting for your visit!